In Progress: The Ins and Outs of Building a Media Activity Tracking Tool for Twitter |
50574
post-template-default,single,single-post,postid-50574,single-format-standard,theme-vigor,edgt-core-1.3.2,woocommerce-no-js,ajax_fade,page_not_loaded,,vigor child-child-ver-1.0.2,vigor-ver-3.1, vertical_menu_with_scroll,smooth_scroll,fade_push_text_top,wpb-js-composer js-comp-ver-6.4.2,vc_responsive

In Progress: The Ins and Outs of Building a Media Activity Tracking Tool for Twitter

I’ve branded this forthcoming tool as “Vistorylizer,” which pairs the idea of visual (brand) storytelling (“vistory”) with a metrics-inspired “lizer” phrase to emphasize the media tracking for visual storytelling angle as nimbly as possible.

Because ultimately, that’s what Vistorylizer sets out to do; by leveraging the Twitter API, Vistorylizer:

Why is this media tracking important, valuable, or helpful?

The short answer is that this helps identify the level of visual storytelling activity being used by any given public-facing Twitter account.

The level of media activity of an account, in turn, sheds light on VOLUME of media in terms of visual storytelling.

This, in turn, helps to answer the following question:

And the answer to the above-asked question is vital in terms of gaging how much visual communication (in terms of both volume AND format) is or will be needed to “compete” with another brand, at least specifically on Twitter.

While I often do wonder about how Vistorylizer might track media activity on public-facing Facebook and Instagram accounts, the level of development effort is too costly for me to embark on as this is a personal passion project of mine that I’ve privately funded.

Therefore, for the time being and for the unforeseeable future, Vistorylizer only works with/on public-facing accounts on Twitter.

So what does media activity tracking actually mean?

The latter is made possible through Vistorylizer‘s integration of Twitter’s API, which gleans (up to) 7-days worth of data results per tracking request for free.

It’s notable to point out that because Vistorylizer analyzes media activity exclusive on Twitter, the data it analyzes is limited to whatever Twitter itself defines as media and media-related activity.

It made sense to integrate Vistorylizer with Twitter’s platform for a variety of reasons, including:

Who cares about media-activity analysis?

Well, as a media and cyberpsychologist myself, I do 🙂

The media research possibilities with a tool like Vistorylizer are exciting and will help me, and others with similar media activity interests, explore how media (on Twitter) is being produced, interacted with, and shared in near real-time.

I can’t wait to share Vistorylizer with you once it’s launched. 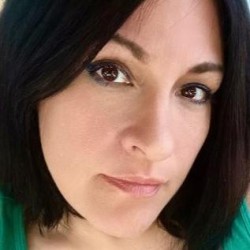 Mayra Ruiz-McPherson, MA, MFA
I'm an avid writer, cyberpsychologist, hybrid designer, and humane technologist in pursuit of learning and sharing knowledge across interests. When I'm not posting here, I'm helping brands with their own content and digital strategies across their products and multichanneled media.